A Guide to Security Risks for Financial Services

Banking in the 21st century has brought on new innovations but also new threats. Nowadays, most financial services take place in the digital realm. Financial institutions of all sizes need a comprehensive digital presence in order to best serve their customer’s financial needs in a way that is fast and convenient. Most have moved beyond mere web applications to offer full-on mobile banking that makes use of convenient Application Programming Interfaces (APIs) for their customers.

This ability to perform financial transactions and handle all personal and business finances online is nothing short of revolutionary. But this convenience comes with a number of downsides, too. A greater emphasis on digital banking and code results in greater risks for security failures. Given the amount of crucial personal information contained within digital financial transactions (including major financial data), a security breach is particularly catastrophic for the financial industry.

Financial service institutions must be aware of all potential security risks for their software, code, and APIs. Too many banking security services focus on individual threats in isolation instead of approaching online security holistically, in all of its comprehensive, overlapping layers. To improve its security outlook, a bank must work with a security service that analyzes both code and third-party vulnerabilities, as well as all other potential cyber threats.

Discover the biggest online security threats facing financial institutions today, how they relate to one another, and how you can mitigate the risks within your own institution.

The 5 Biggest Threats to Data Security in Banking

Cybersecurity threats can come in various forms, but these five threats are most common and pose the greatest risks to financial services:

Arguably the biggest threat to a bank’s data and code security is, fortunately, the easiest to recognize and fix. Any financial institution should take extensive measures to ensure that all of its data is heavily encrypted. Encrypted data serves as an effective fail-safe in the event of a security breach.

Even if attackers can get their hands on a financial institution’s data, they won’t be able to put that data into use if it’s heavily encrypted. Thus, proper encryption of sensitive data should be an automatic step when a bank or financial institution is setting up its cybersecurity.

However, this is not always the case. Some financial institutions still do not adequately encrypt their data when implementing their cybersecurity protocols. In the event of a cyberattack, this can result in the exposure of vast quantities of highly sensitive and critical customer data.

Since a bank’s system must interact with user devices — such as personal computers or mobile phones — they are more at risk of malware. Many of these devices are contaminated with malware, which will inevitably interact with the bank’s own network during a transaction.

If a bank has not taken appropriate security measures on their end to protect their network from third-party vulnerabilities such as malware, the bank’s own network could be vulnerable to a critical attack. This can result in an exposure of sensitive data, a manipulation of data or code, or a crash of the entire system.

Another example of third-party vulnerabilities that may impact a bank’s digital security is the use of a third-party vendor that has inadequate cybersecurity. Similar to the issue with malware on a user’s end, insecure third-party services present a large number of interface points that can be exploited by malicious software and attackers.

To ensure that their systems are not vulnerable to security risks from third-party vendors, banks and other financial institutions should maintain more vigilant digital security. This can be as simple as researching a potential third-party vendor to assess that vendor’s cybersecurity. It could also mean paying attention to any transactions between the bank’s system and the vendor’s system. Or, it might involve maintaining up-to-date security software and code in the event that a vendor’s software is insecure.

Manipulated data is one of the more difficult and frustrating security risks when it comes to financial services. In these instances, attackers gain access to a bank’s system not to steal sensitive data, but to alter or manipulate it. Because this is often done in a very subtle manner, any data manipulation may be hard to identify.

Banks may have difficulty determining whether they have even been attacked in the first place. If left unchecked, manipulated data attacks may result in extensive digital and financial damages.

Spoofing is a new type of cyberattack that bypasses a bank’s own software altogether. Spoofing attacks will exploit generic bank website designs or predictable URLs to create a nearly identical website that will fool that bank’s customers into providing sensitive authorization data, such as usernames and passwords. These types of attacks target a bank’s customers directly. You can have the most vigorous backend security software but still be at risk of spoofing.

In these cases, mitigation against spoofing usually takes the form of simple vigilance in terms of domain names, URL, website design, and more. However, some specific spoofing techniques, such as those exploiting TCP/IP suite protocols, may be prevented by having adequate firewalls.

Online Security is a Comprehensive Process

With these and other security risks, the particular threats do not come from a single failure in an isolated component of the system. Rather, each threat results from a compounding number of different weaknesses and vulnerabilities in a bank’s code and data security. In many cases, security threats can arise from failures in a system’s internal development, its relationship with a third party, or its usage of APIs.

Financial services security depends on a vigorous and proactive emphasis on all member parts of a banking system’s IT lifecycle. This approach must also pay close attention to how each component of the lifecycle interacts with the others and where potential security risks may be hiding in plain sight.

Kiuwan Can Provide the Security You Need

Since all financial institutions are vulnerable to the attacks listed above, a reliable and effective online security system is crucial. Kiuwan provides essential security services that ensure a bank’s code and system is always secured.

Among the various online security systems, Kiuwan stands out for its unique “Development, Security, and Operations” (“DevSecOps”) approach. This means that Kiuwan does not look at any single area of vulnerability as a discrete item to be dealt with on its own. Rather, Kiuwan’s DevSecOps approach emphasizes the fundamentally integrated nature of banking cybersecurity. 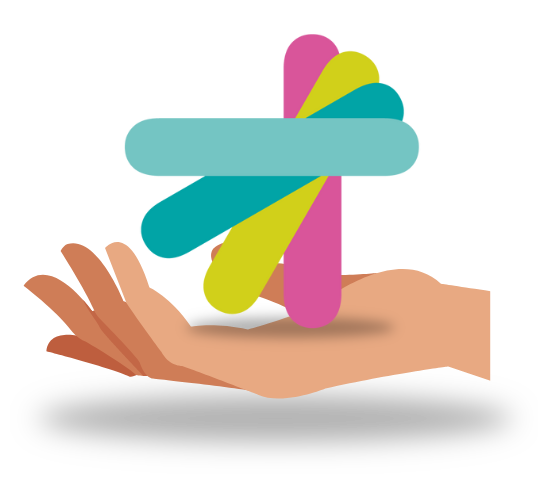 The five biggest online security threats against financial institutions arise because of an overlap between different, distinct areas in the bank’s IT lifecycle. Thus, in order to mitigate these threats, a bank or financial institution will need a security provider that takes a holistic approach to security.