Source locations are those code places from where data comes in, that can be potentially controlled by the user (or the environment) and must consequently be presumably considered as tainted (it may be used to build injection attacks).

Sink locations are those code places where consumed data must not be tainted.

The sink details include the following information:

As a summary, you can understand any injection vulnerability as a unique propagation path from source to sink, regardless of whether source and sink are the same. 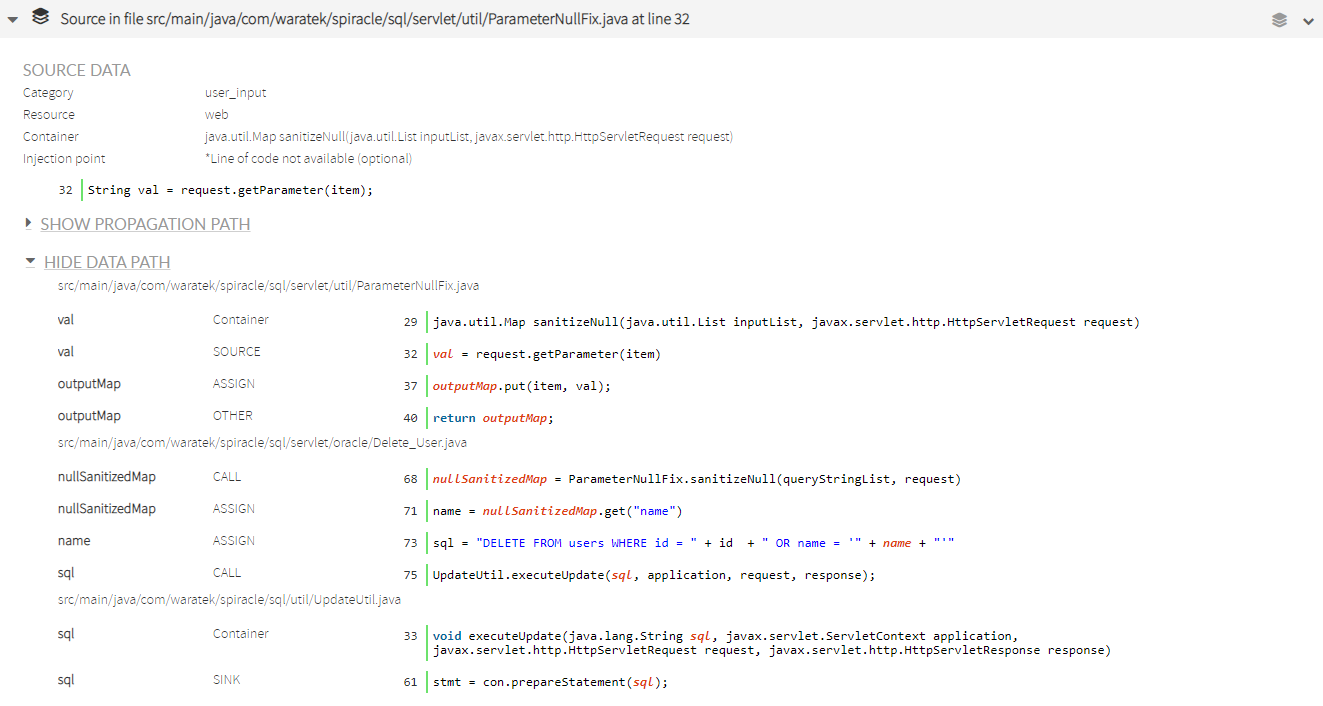 A data path is composed of a series of steps that show how tainted data flows through the source code.

Some injection rules provide the ability to behave differently depending on a configuration parameter: parametersAsSources

This parameter makes the rule to consider the function/method parameters where the sink is contained as "sources". And sources are always being considered as "tainted".