Scala is a a general-purpose programming language providing support for functional programming and a strong static type system.

You can find these rules going to Models Management, select CQM and search for Rules applying to Scala language

Since April 2019 release, Kiuwan allows you to login in a Single Sign-One (SSO) environment.

By implementing SSO, a user is able to log in to different independent systems through the use of a single set of credentials, centrally managed in a repository.

SSO can be implemented through different protocols, being SAML the most widely used.

When searching for Vulnerabilities on open source code used by your application, you can now define your custom policy. Thus, you can decide now if raising alerts on specific vulnerabilities and conditions.

Same way, when Kiuwan Insights searches for License risks, you can now fully customize your License policy and adapt Insights' finding to your organization,

Kiuwan for Developers (K4D) for Microsoft Visual Studio Code has just been released.

VS Code plugin will facilitate and automate compliance with security normative, quality standards and best practices for several languages. 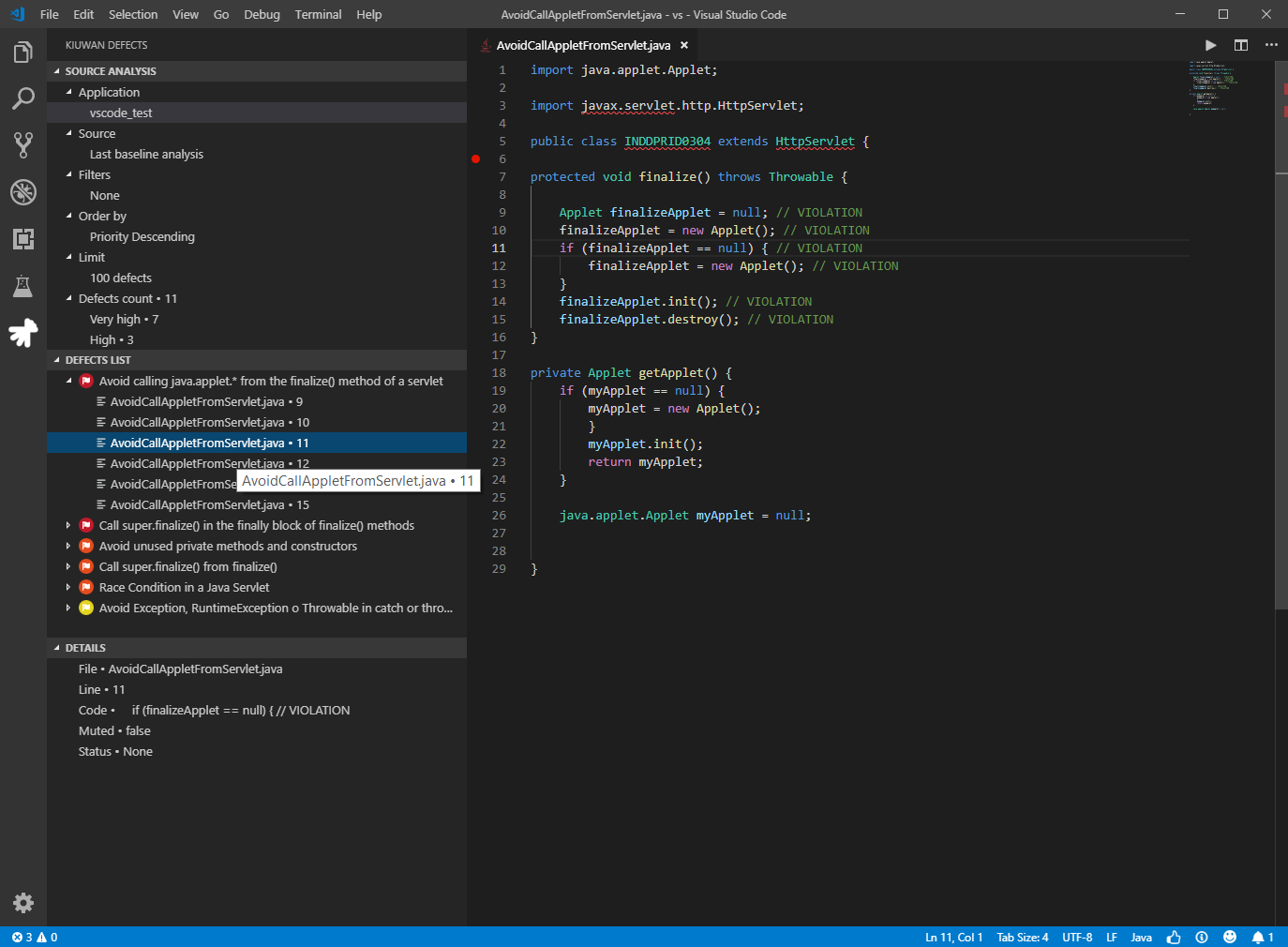