You are viewing an old version of this page. View the current version.

Goal of this section is to explain in some detail how you can understand a vulnerabilty as reported by Kiuwan.

We will focus the explanation on Injection-related vulnerabilities, as an example of complex vulnerabitlites.

Root cause of many security breaches is trusting unvalidated input:

For all possible sinks, prove that tainted data will never be used where untainted data is expected.

When inferring flows from an untainted sink to a tainted source, Kiuwan is able to detect if any well-known sanitizer is used, dropping those flows and thus avoiding to raise false vulnerabilities.

These sanitizers are commonly used directly by programmers or by frameworks. And Kiuwan detects the use of them. 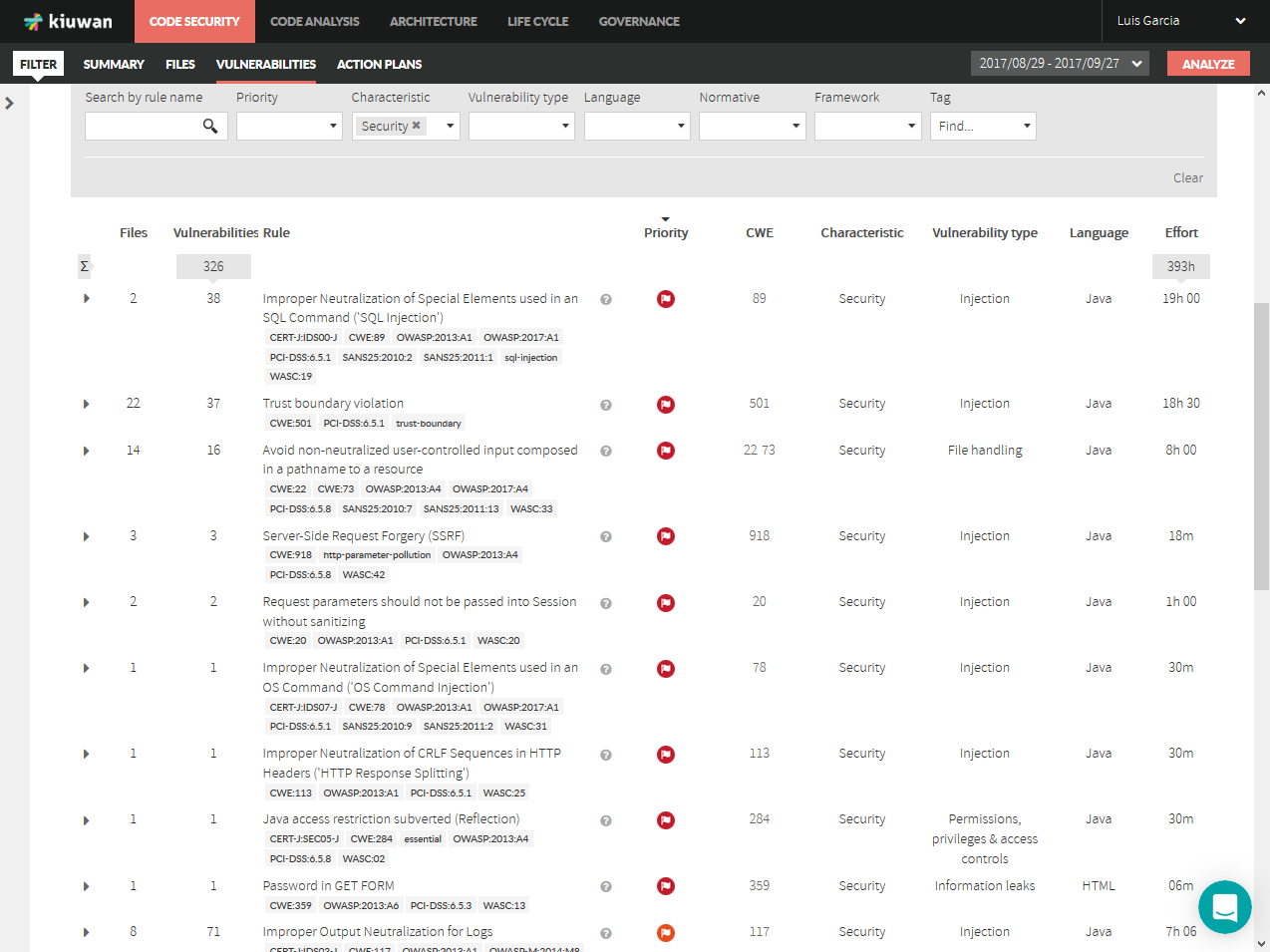 For our explanation, we will follow an example based on Waratek – Spiracle software, focused on SQL-Injection vulnerabilities.

We can see in the image that there are 2 files affected, i.e. two files where there’s a sink that is being feed by tainted data, i.e. an injection point.

Also, we can see that for every file there are a number of vulnerabilities.

What do those vulnerabilities mean? See next image.

In this case, there’s only one sink for every file (only one injection point), but it could be many… Kiuwan will display all the line numbers of the affected sinks.

Clicking on a sink will display its details as well as all the sources where data is collected form an untrusted source and flows to the sink without being neutralized (or sanitized). 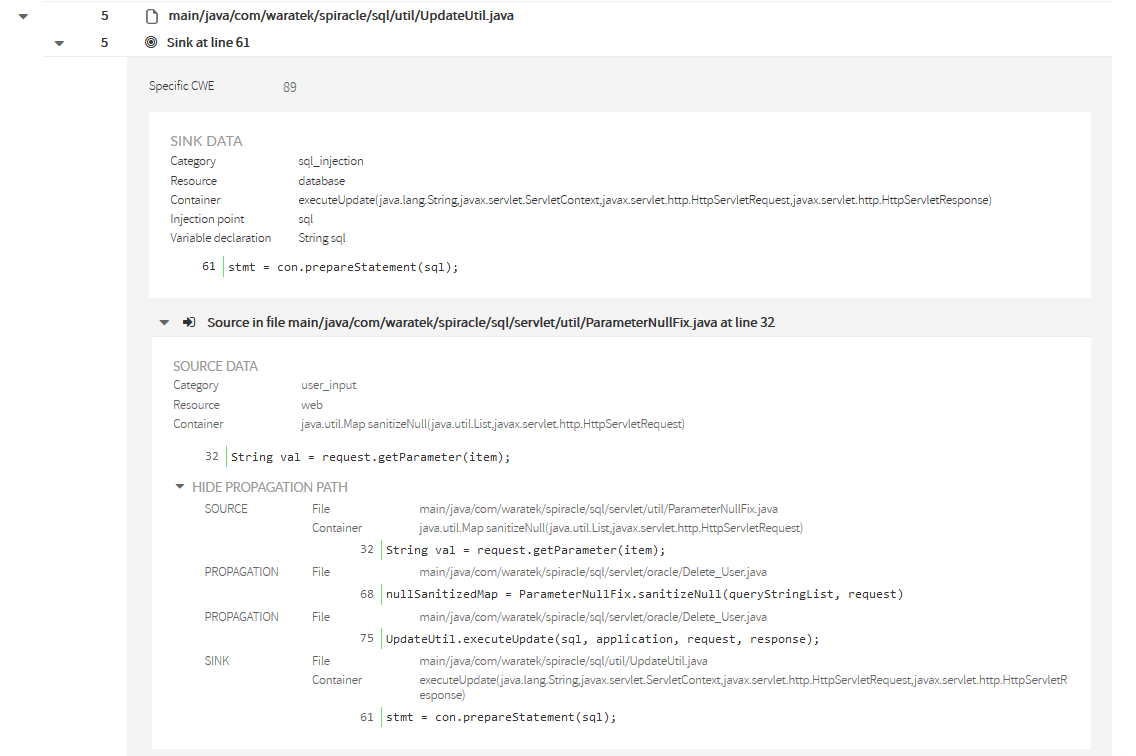 Clicking on a source will open a frame with information about the source.

Let’s see with the example.

In the example, we can see the next propagation path (flowing from source to sink) :

Once explained a concrete source-sink propagation path, let’s go back to the initial sink information.

But you might be wondering why are there 5 sources with the same file name and line.

We’ve selected this specific example because it shows something that would be possible to happen in your own code. Let’s go in detail exploring the 2nd source.

While in the 1st the propagation was through Delete_User.java, in the 2nd goes through a different file: Insert_Raw_Text.java

Remainder sources for the same sink shows that there are still other different propagation paths between same source and sink.

This example is a special case where the call sequence consists of 5 servlets calling a utility (ParameterNullFix.sanitizeNull(..)) to recover some request parameters, building a SQL sentence with those tainted data and sending the sql sentence to another utility (UpdateUtil.executeUpdate(…) ) to execute the database update.

This is the reason Kiuwan shows one sink with 5 different sinks. That difference is because the propagation paths are through the different servlets.  In this case, the easiest fix would be to sanitize the user data at the source, therefore remediating 5 found defects with only one fix.

As a summary, you can understand any injection vulnerability as a unique propagation path from source to sink, regardless source and sink be the same.