Evolution page shows how applications evolve in a metric or indicator during a certain period of time.
As an example, below image shows evolution of Risk Index during the specified time range.

In this example, we can see that during this period of time the app Mobile Windows Phone App increased its size in 2,059 lines of code, it reduced its risk index in 83.26 points, its global indicator has augmented in 19.6 points, etc.
The tabular list shows all the applications analyzed during the selected period of time. 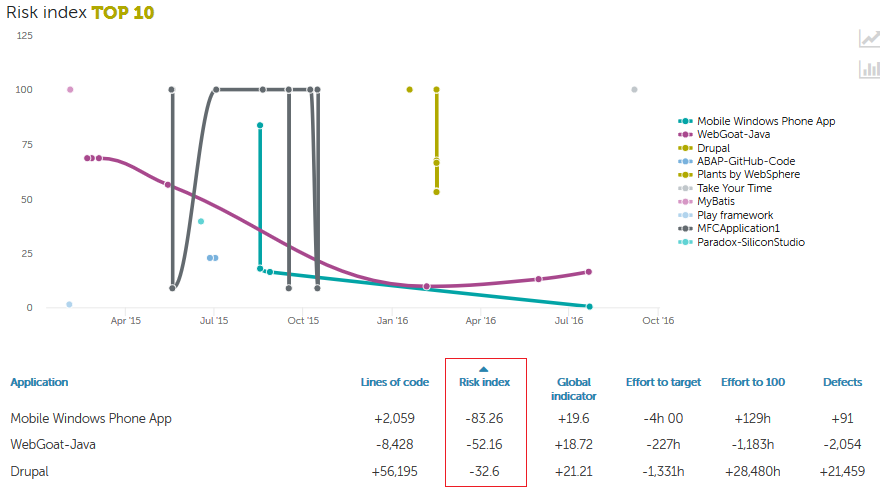 
However, if you change to descending order,  Infer Hello app will be the app that more increased its risk index during that time. 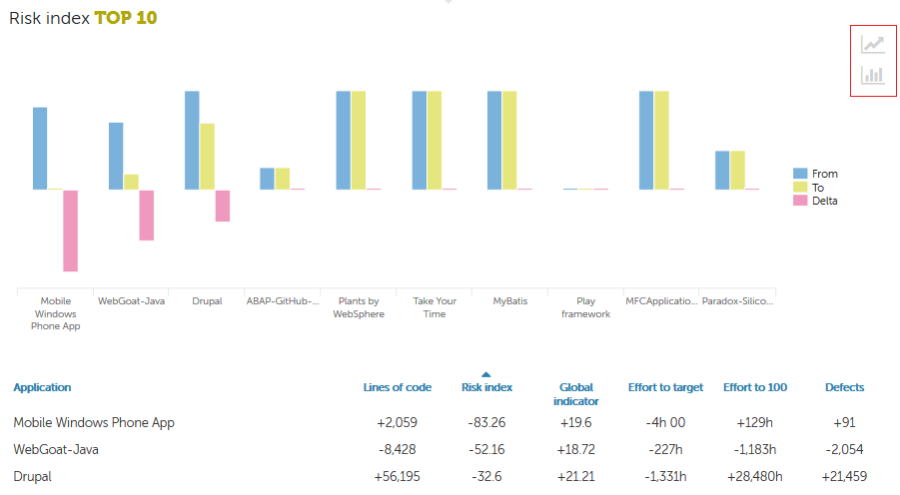 Besides of applications,  Kiuwan also allows to display evolution of portfolios using the "Group by" combo.
For example, all applications are assigned to a Provider. Then, by selecting "Provider" you can see the evolution of that provider in the selected metric during that period of time.
Next image shows the evolution in Risk Index of the providers, being Mels Factory the provider with higher reduction in risk during this period of time.

Same as in "application" view, you can switch between ascending and descending order. Also, you decide whether show all points of the selected period (lines graphic) or only initial/end points and delta between them (bar graphic).