CQM is the default Model (i.e. a concrete set of active and pre-configured rules):

You can find new rules by comparing this release of CQM against previous version.  A detailed description of the behavior of these new rules is available in rule’s description.

Kiuwan Engine is the binary code executed when an analysis is run.

A new version of Kiuwan Engine has been released that incorporates bug fixes, performance and reliability improvements in rules and parsers.

Kiuwan Engine is the binary code executed when an analysis is run.

Kotlin is a cross-platform, statically typed, general-purpose programming language with type inference and it's Google’s preferred language for Android app development since 7 May 2019.

Kotlin is officially supported by Google for mobile development on Android. It targets the JVM, but also compiles to JavaScript or native code (via LLVM), and it's an alternative to the standard Java compiler.

You can find these rules going to Models Management, select CQM and search for Rules applying to Kotlin language 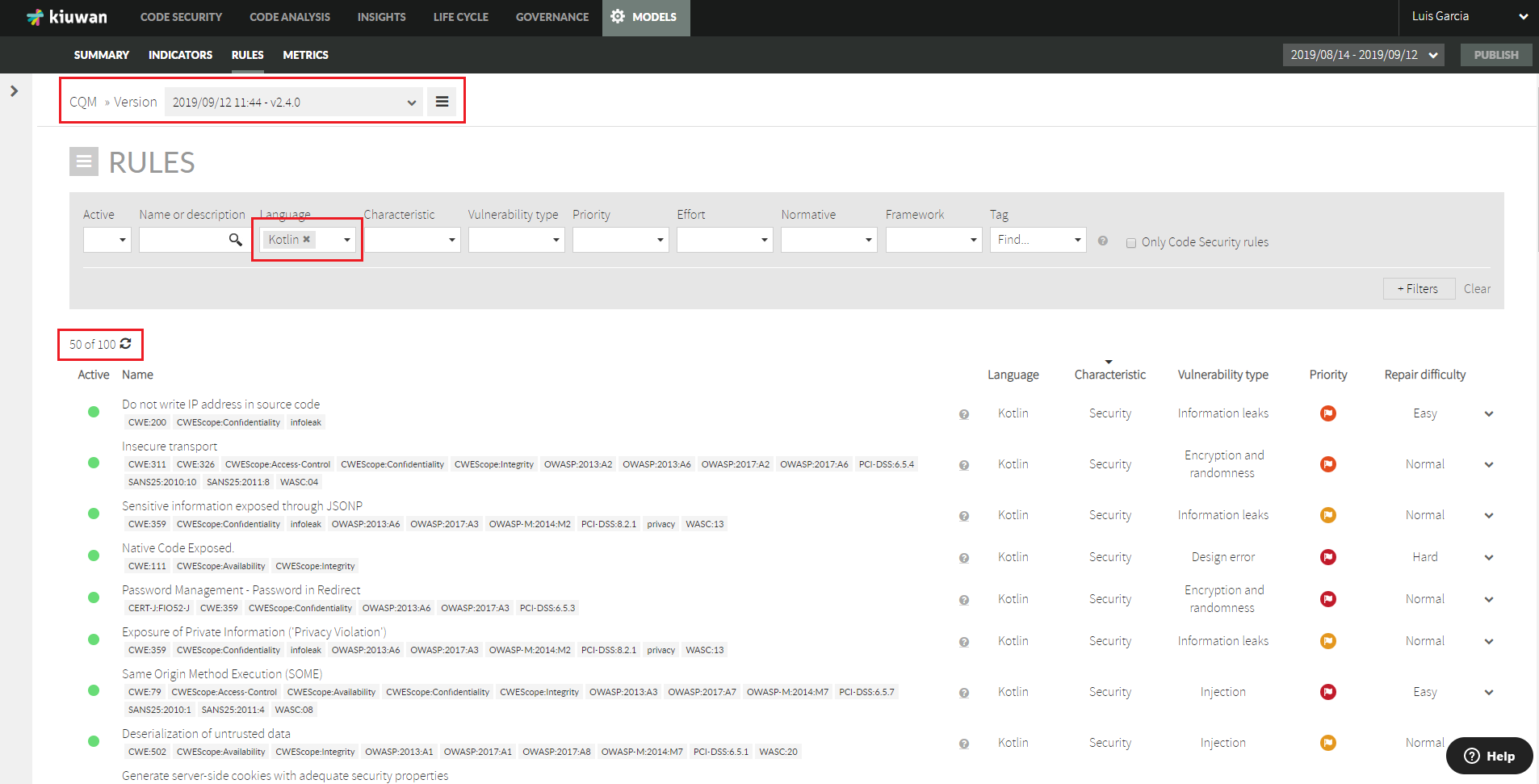 All versions between 9.x to 12.16 (latest version at the moment of writing this post) have been succesfully tested.

When creating a new model, it was mandatory to activate duplicated code rules (i.e. rules that check for repeated blocks in source code).

This new Kiuwan release no longer forces duplicated code rules to be activated in your custom model.